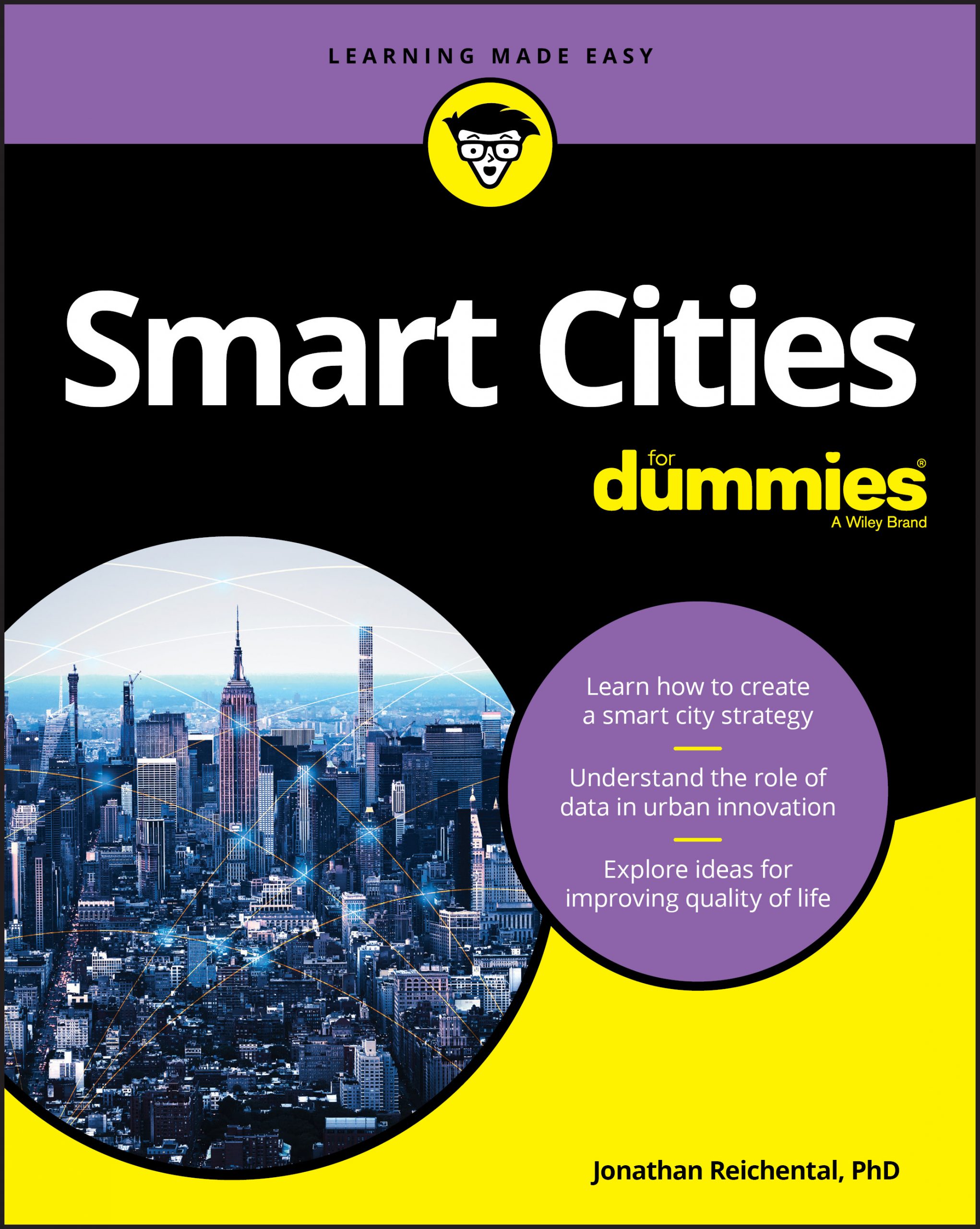 A little over a year ago, a senior editor from the publisher, Wiley, reached out to me and asked whether I would write a book on smart cities for them. At first it was going to be part of a new series of books, but later the decision was made to make it part of the popular For Dummies series. I was surprised to learn that this series is the world’s largest selling reference book collection, having sold several hundred million books on subjects from fishing to diabetes. I was pleased to write for this established brand as I knew it would be the best way to reach and educate the widest audience possible.

Although it’s hard for me to believe, the book is about to start shipping. July 6 is the date I am told. I’ve been even more surprised, and frankly humbled, by having the book be a number one new release for preorder in three categories on Amazon: engineering, architecture, and urban design and economics.

At almost 400-pages, Smart Cities for Dummies is designed to be the most definitive and comprehensive starter guide for anyone interested in the future of cities. It covers a wide range of topics ranging from transportation to energy, sustainability to digitalization, open data to hyperloop, and urban innovation to procurement.

Smart Cities for Dummies is not a book about theory. It’s a “how-to” guide with step-by-step instructions.

I’ll be sharing a lot more about the book in the weeks ahead. But, as a teaser, here’s an excerpt:

The art and science of applying new ideas to solve urban problems has existed since the first human settlements. When confronted with an unrelenting and often unforgiving flow of challenges, city leaders throughout history have been forced to evaluate options, experiment with ideas, and deploy creative responses. Every day presents another hurdle to overcome, and many times it’s new and confounding. That’s the nature of running a city in the 21st century. Cities may be humans’ greatest invention, but they require exhaustive attention, maintenance, and support in order to thrive. With bigger and more complex problems, higher expectations from residents, and a sense of urgency in many areas, discovering and acting on new ideas — innovating, in other words — is being elevated as a priority by cities all over the planet. A city can innovate without having a smart city strategy, but it can’t have a smart city strategy without innovation.

Smart Cities for Dummies is available now for preorder from your favorite bookstore or online bookseller. It can also be purchased here: www.smartcitybook.com