Embracing Diversity for the Future of our Cities 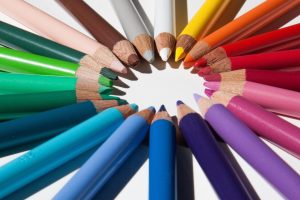 “In the game of life, less diversity means fewer options for change. Wild or domesticated, panda or pea, adaptation is the requirement for survival.” – Cary Fowler

As a technology leader in Silicon Valley, I have the opportunity to attend and speak at many technology conferences. While some notable progress has been made, I can’t help but observe that the vast majority of participants are men. It’s even worse when the audience are managers and above. Then it’s predominantly middle-aged white men, a statistic supported by recent research showing women represent only 19% of board positions and 25% of management roles (Source:Catalyst.org)

Unfortunately, the technology industry continues to be a bad reflection of the diversity in American society. Together we have to fix this.

For many of us there’s no news here. We know the hard facts and in the last year alone the media has called out many technology firms in Silicon Valley that have made slow progress in addressing a lack of gender and racial diversity. The ensuing embarrassment has created some momentum and here’s hoping we see real progress in the months ahead.

The absence of diversity in many companies isn’t just about fairness and equality. Several studies demonstrate that it can impair economic growth; damage brand; and lower productivity. As one startling example showed: executive boards with greater diversity had a 53% better return on equity (Source: McKinsey).

Any one or combination of these factors should be enough to compel organizations to be proactive in addressing this inequality. But in the technology industry and increasingly for most business domains today, a lack of diversity may be hindering the very thing we need in much greater volume: innovation.

Put bluntly, the current state of diversity in the technology industry is materially impacting the marketplace of ideas. We’re limiting our potential to be more creative.

“We must tell girls their voices are important.” – Malala Yousafzai

Ideas and the refined mechanics to execute on them are at the heart of Silicon Valley’s success. In a healthy marketplace, ideas live and die on their merit as determined by a population. Assuming an idea emerges and it has the support to get a decent run at the market, it has a chance to succeed.

But what happens when a voice with an idea is not given a chance to be heard? We exclude that voice from the marketplace of ideas. Since we know from research that diversity contributes to creativity, it should logically follow that less diversity equates to less creativity. We’re artificially inducing silence where there should be noise.

What is the cost to society in never realizing these ideas and the positive innovation they could generate?

With the 21st century well underway, the world continues to experience rapid urbanization. By mid-century, two out of three people on the planet will live in a city. These urban centers around the world are struggling to meet the significant needs ahead. Much of the infrastructure is in desperate need of repair and modernization; city services lag behind community expectations; budgets are stretched thin; and major transitions related to areas such as transportation, energy, and sustainability have all yet to play out.

In this context, civic innovation and particular that powered by technology, becomes a central support and driver for necessary positive change. To make our cities smarter, healthier, and more responsive will require new talent, new perspectives, and new ideas.

For the past four years, I’ve had the privilege to lead a technology team that is pushing the boundaries of civic innovation at the City of Palo Alto. Being able to reimagine the possible and experiment with new ideas in the heart of Silicon Valley were among the core reasons I chose to take this public service journey. With eyes wide open, I anticipated that introducing some risk-taking into projects and elevating the strategic role of technology into city operations would not be easy. With City Council and leadership support, that’s what we’ve done. Mostly we’ve had good results and we’ve learned from our mistakes.

While strong leadership support and Silicon Valley as our working backdrop have been essential components of helping our team succeed, I believe that more than anything, the top contributor to our ability to approach issues differently and to take greater risks has everything to do with our appetite and encouragement to listen to all perspectives. The diversity of our technology team, our City staff, and our community has directly contributed to a wider range of ideas; thoughtful perspectives; and a healthy amount of debate.

In other words, we’re better because as best we could, we embraced diversity.

Let’s Get to Work

“Strength lies in differences, not in similarities” – Stephen R. Covey

Of course we also recognize we can do better. After all, our potential new hires and workforce can only be as diverse as the conditions we are all helping to create. A local government organization is a microcosm of society. If we don’t encourage, enable, and facilitate, for example: more women and minority groups to pursue careers in technology, we’ll continue to perpetuate our limited options.

It’s clear then that if we’re going to address the complex challenges of local government and design and deploy more civic innovation, we’re going to need a more diverse set of voices at the table.

Diversity in all its forms has become essential to the success of all of us.

Sometime, hopefully in the near future, we will all be able to go to a technology conference and be warmed by the richness of differences in the audience. We’ll find the kaleidoscope of gender, race, age, ethnicity and more to be unsurprising. We’ll be struck by the range of ideas and perspectives in discussions.

As I reflect on the diversity challenge ahead and the compelling urgency to see change, I’m left with two questions: What will it take to get us there and how fast can we make it happen?

Together, let’s begin to answer those questions now.