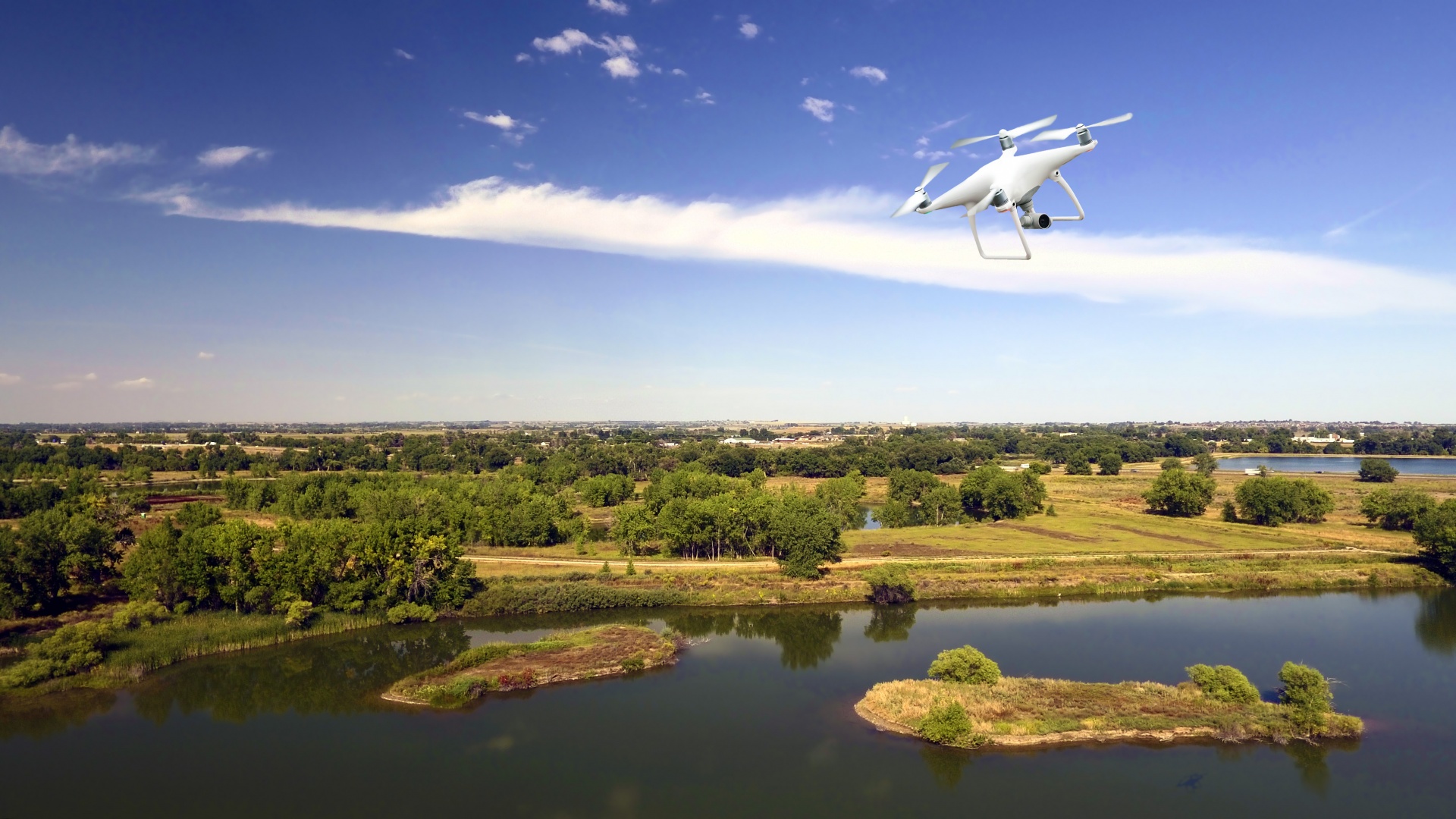 Is Your Organization Ready for Drones?

15-year old Luke Bannister had a proud and exuberant smile on his face. He had just flown the flight of his life hurtling at stunning speeds and taking steep corners, avoiding obstacles, and out-thinking all his opponents. In doing so, he walked away with the $250,000 first prize at the inaugural World Drone Prix in Dubai. His success was witnessed by 2000 spectators and envied by his 250 competitors.

Luke and his teammates are part of a global movement of drone racers, not quite mainstream yet, but quickly emerging as an exciting new sport. All around the world, competitions are being held with competitors of all ages and with drones of all types, big and small. Drone racing requires exceptional skills including strategy, reflexes, and nerves of steel. Leagues are sponsored by brands such as AIG, DHL, and Mountain Dew. The Drone Racing League has a TV rights deal with ESPN. It’s starting to be big business.

A couple of years ago, I attended a smart city event in Yinchuan, China. On one evening at an outdoor dinner, post meal entertainment included what initially appeared to be a fireworks display. Instead, it was an illusion. In place of explosions, a fantastic highly choreographed aerial dance was performed by what appeared to be tens, if not hundreds, of small synchronized drones. In addition to colorful sequences set to music, the drone spelled words and completed gravity-defying stunts. It was spectacular.

U.S. Air Force 1st Lt. James Klein arrives for his piloting shift in Las Vegas. First for a briefing and then he takes his position inside a featureless building for his 10-hour workday. He’ll spend the day flying a Predator XP drone somewhere over the Middle East looking for persons of interest. He describes his job as 99% boredom and 1% adrenaline rush. Today he’s piloting alone but knows that in a few months he’ll be joined by a co-pilot. Not a human, but artificial intelligence (AI). The military bets that a human and AI can be more effective than either alone.

On this day, if James does launch a missile at a target he’ll have to head to his suburban home that evening and keep it to himself as he shares dinner with his family. Such is the nature of drone warfare in the 21st century.

Hurricane Matthew made U.S. landfall on Oct. 8, 2016. While a category 1, the storm caused significant damage and the worst came days later in the form of flooding. Paramedic Andrew Miller of Horry County Fire Rescue was sent to help evacuate stranded residents. Throughout his engagement he used a drone to help with operations. The drone developed a 360-degree, real-time overview of Andrew’s flooding area. He was able to gain a more complete understanding of the incident, looking at where the floods were, determining the best way to deliver services to those in need and providing critical information to rescue crews—not just verbal information but visual information of the situation they were being deployed to. For emergency workers of all types, drones are transforming emergency response. In industrial and many other organizational contexts, drones have the potential to do the same thing.

In early 2017, ground drones otherwise known as unmanned ground vehicles (UGV) started to appear on the streets of Redwood City, California. These drones were delivering take-out to residents. According to their maker, Starship Technologies, the ground drones are about 15 inches high, can carry three bags of groceries and weigh about 50 pounds when full. Their maximum speed is 4 mph and have nine cameras and proprietary mapping software that’s accurate down to an inch. Among the anticipated advantages, the experimental deployment is hoped to reduce traffic and delivery cost.

It’s All Fun and Games Until…

Unbeknownst to hundreds of workers busily making their way to work on a typical workday morning, a small drone with its noise drowned out by the hustle and bustle, was flying overhead and collecting the private information from smartphones in people’s pockets. It was doing this using software called Snoopy and was leveraging any of the phones with WiFi turned on. The drone captured an abundance of content including the websites that people visited, credit card information entered or saved on different sites, location data, usernames and passwords.

In the years ahead we will deploy billions of devices that will connect to the Internet—mostly wirelessly. In our increasingly connected smart homes we already do it with items such as our thermostats, entertainment, and home security systems. Our cities are becoming smarter with the deployment of millions (and soon billions) of sensors for everything from traffic management to air quality measurement. This Internet-of-Things (IoT) has remarkable advantages and will transform ourselves, homes, organizations, and cities. But they will be ripe for exploitation. And potentially by drones. Research teams from Israel and Canada demonstrated how a drone could exploit a software vulnerability in wirelessly connected light-bulbs and turn them on and off at a distance. Imagine for a moment a drone attack that turns off city lights in neighborhoods or citywide, or worse flickers them eliciting mass neurological responses.

For every advantage that a new innovation has, the bad guys will exploit it in their favor too. That’s life.

The Air Force in the United States, and in many other countries, are working on using drones in swarms. Rather than a handful of drones being used to attack a target, hundreds, perhaps thousands, can be used to overwhelm air defenses or to crash into targets. Technology is now enabling one pilot to commandeer a vast swarm of drones that completely changes air capabilities. But what happens when the bad guys do this too? Not limited to the battlefield, hackers could take over consumer and commercial drones in vast numbers and use them to disrupt public events with tragic consequences. They don’t need to weaponize them, the drone is the weapon.

And Here We Are

Almost unknown in the consumer space until the end of the 1990’s, drones have emerged as a serious industry in the first two decades of the new century. Fortune magazine estimates that from 2015-2025, the drone industry will have an economic impact of more than $82 billion and will create over 100,000 high-paying jobs. What’s responsible for the explosion in drone purchasing and use? For one, the technology has dropped in cost and comes in many shapes and sizes. Drone options range from just a few dollars to thousands of dollars depending on use and interest. Finally, they have incredible diversity of use including those I’ve explored in this article, but many more including capturing live events, delivery mechanisms, hobbyists, making personal videos, and in professional movie-making and journalism. Soon, drones will carry people. There are many more uses.

Regulation is finally catching up and in many countries drone rules are on the books. Some communities are fighting against drones as a noise nuisance, as a danger to humans, and as an expansion of privacy intrusion. Sure, there’s plenty of contention between enthusiasts and legislators and I’d bet that will continue for a long time. Make sure you know the rules and if drones interest you, consider becoming engaged in the debate.

Of course, as you’d expect, in response to the threats posed by drones used for nefarious reasons, a whole new defense industry is emerging that includes hardware and software solutions; and risk management services. Dedrone provides a good example of these types of emergent enterprises. New innovation will be required as the threats continue to speed ahead of the solutions.

For many of us, drones have been a side-show; something interesting but not necessary high on our radar. Those days are over. Drones must be considered in your organizational strategy, whether as a tool to optimize or improve a function of your business, or to understand and mitigate the risks they will pose in the years ahead.

I used to look at drones from a distance. Not anymore.

Technology is the Easiest Part